Mourning and Sentimental: The Fashion of Hair in Jewellery

‘Whose hair I wear, I loved most dear’ 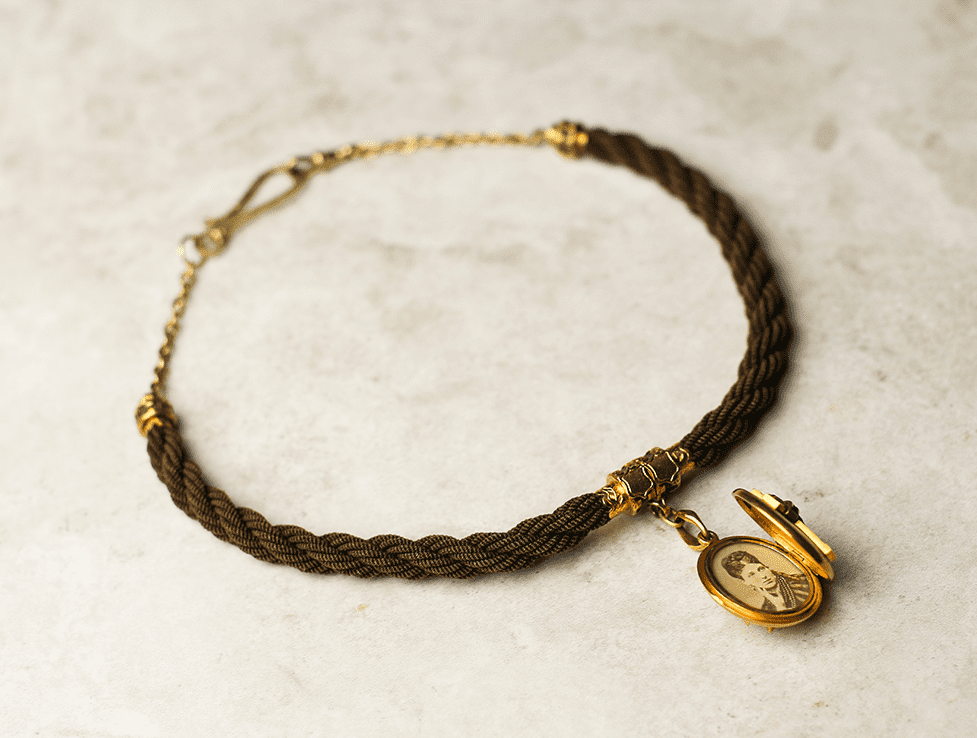 Unlike flesh which easily rots to bone, a clip of hair maintains its form and colour for centuries, acting as a perfect reminder and symbol of a loved one. These qualities mean that hair has historically been utilised in jewellery and fashion for both mourning and sentimental reasons. It is a modern day misconception that jewellery made to feature the lock’s of a loved one’s hair is entirely associated with death. One of the first recorded instances of hair in jewellery, however, illustrates, how it can be used as a token of love and sentimental expression towards a living person. In 1785, William IV of England, wrote to his brother, the Prince of Wales’ requesting ‘a locket for my shirt with your hair’. Historically, there are still more examples of hair art that pertained to living people. 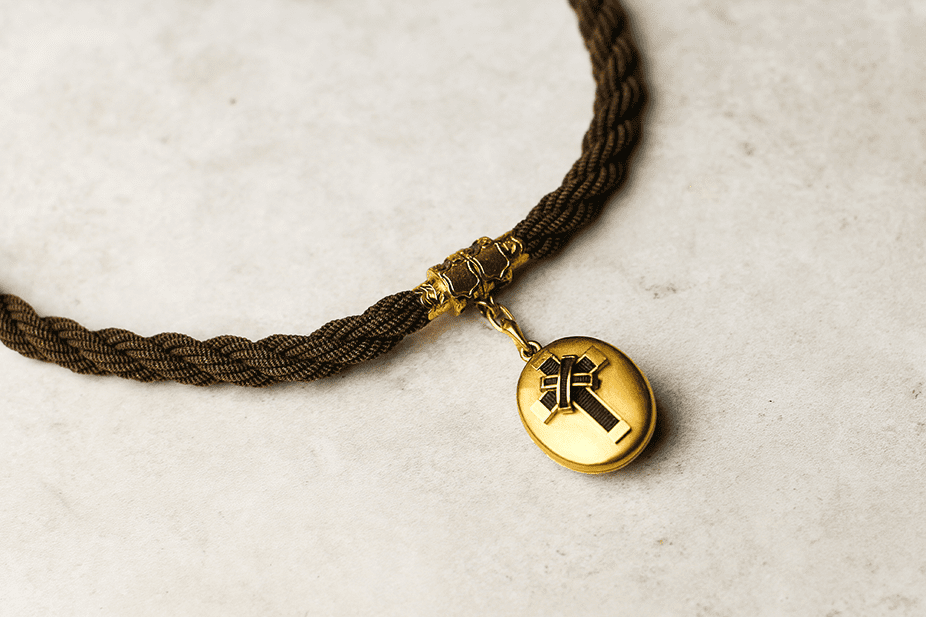 Today, however, hair art and jewellery is more commonly associated with ‘memento moris’, a Latin phrase, which translates literally as ‘remember (that) you will die’ or more vaguely as a phrase associated with any objects of mourning. The use of hair in art dates back as far as the 17th and 18th century when infant mortality rates were extremely high. The concept, however, was popularised by Queen Victoria after the death of her beloved husband Prince Albert in 1861. The Queen entered a state of formal mourning that lasted for the remainder of her life and encouraged a fashion for mourning in popular culture. As well as jewellery, other other common rituals of 19th-century grief included elaborate mourning dress and posthumous portraits of corpses. Death and mourning became almost a mania in the United Kingdom but also extended to other areas of the globe, most notably United States and France. France became a major producer sentimental hair jewellery until the French Revolution. 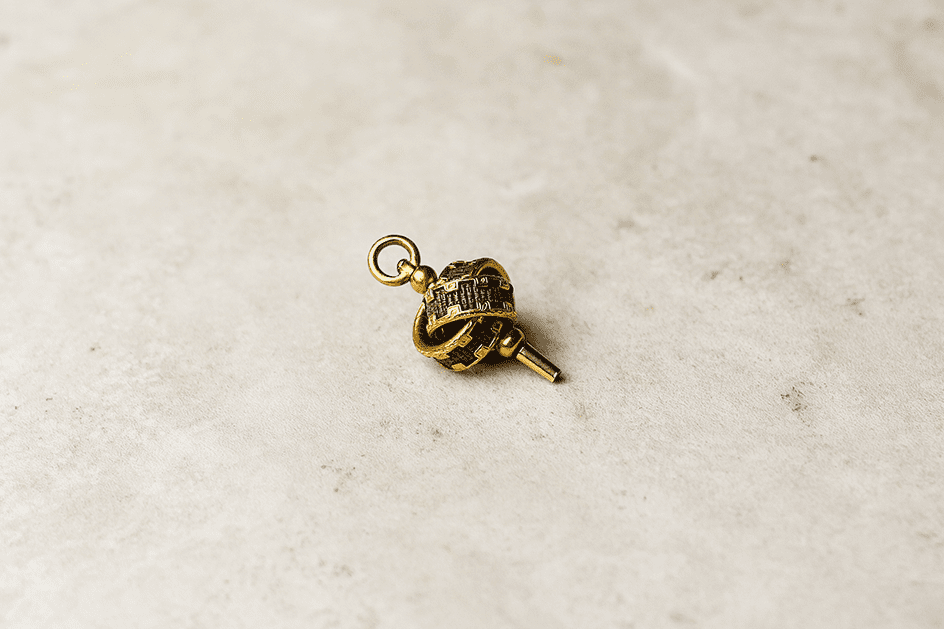 There is no longer such a widespread practice of mourning in the modern Western world. The chaos and destruction of the two world wars initiated a shift in people’s focus and attention. Today, there are still a number of these historic examples evident, however, it has become increasingly difficult to find untouched pieces as in many of them the locks of hair have been removed and replaced by paste or gemstones to avoid creepy association and to make the piece more saleable to those who would otherwise disdain it. Therefore, the supply of untouched Georgian/Victorian era pieces of hair jewellery has been significantly reduced. The scarcity of such pieces makes the complete set of ours, which features an intricate and finely crafted pair of earrings, watch fob, bracelet and necklace braided into neat little arrangements even more sought after and special. All pieces our available for sale and our being uploaded to our website this week. 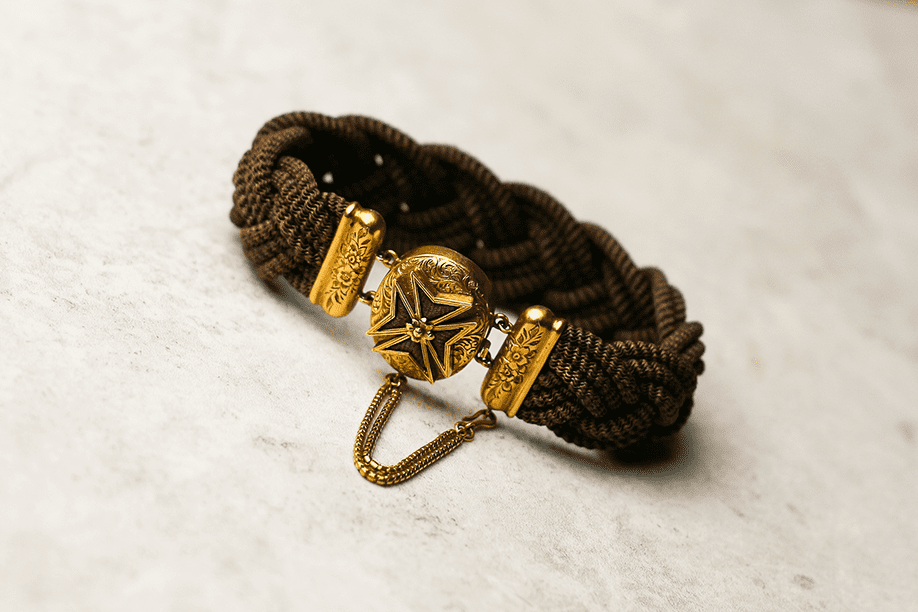 ‘Hair is at once the most delicate and lasting of our materials and survives us, like love. It is so light, so gentle, so escaping from the idea of death, that, with a lock of hair belonging to a child or friend, we may almost look up to heaven … and say “I have a piece of thee here, not unworth of thy being now’”. 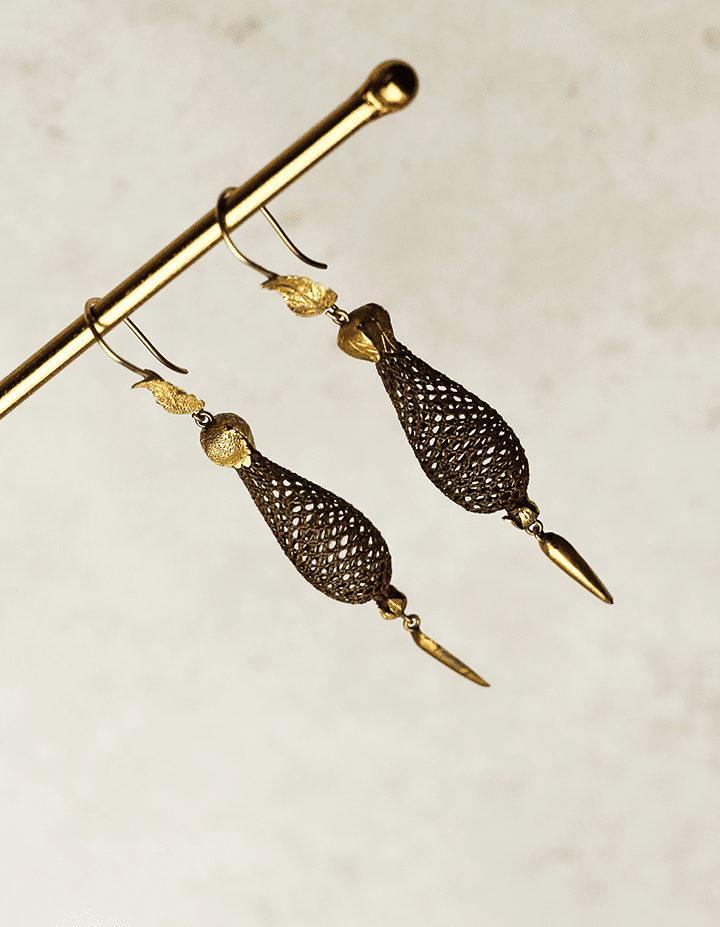